“The Sigma v2 cables were sonically invisible in the very best sense, displaying the inherent nature of the equipment and presenting the music with an obvious sense of calm and quietude. Some cables, even those that are considered to be in the first rank, overlay the music with their own personality, which may be significant or minor in effect. Not the Sigma v2 cables, which were like air or water — a neutral substrate for whatever equipment they connected and the signal passing through them. And because they were the one constant with all of the equipment I mention, they were as responsible for the sound produced (and described in my reviews) as the products themselves.”
-Marc Mickelson, The Audio Beat, September 9,2022 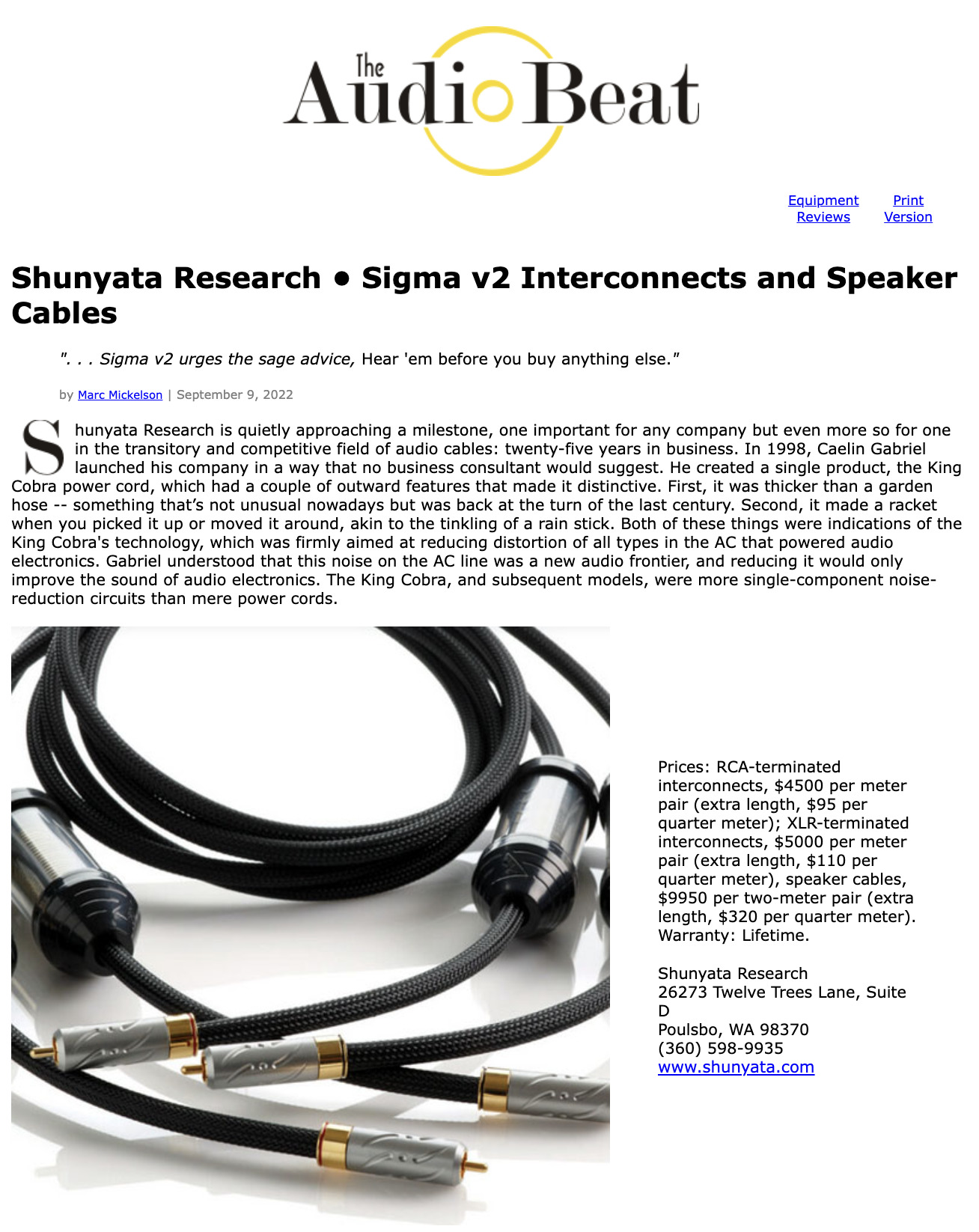